How to perform rescue breaths

In this CPR blog post we discuss how to perform rescue breathing / artificial ventilations on a casualty. 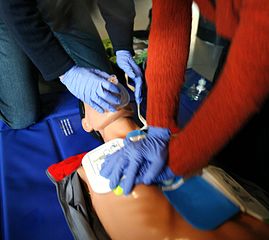 By Rama (Own work) via Wikimedia Commons

To breathe into another person as a means of supplementing their oxygen supply is essential for a non breathing casualty. Immediate rescue breaths are necessary as if deprived of oxygen the brain begins to suffer irreversible tissue damage in 4 – 5 minutes. However – it is important to remember that chest compressions are more important than rescue breathing, therefore they should take priority during cardiopulmonary resuscitation.

There are five main methods for delivering rescue breaths.

When breathing into a young child ensure that you modify the force of the breaths. If delivered too forcefully, the air will be directed into the stomach, which may cause the child to vomit.

The method to be employed for infants is ‘frog breathing’ or ‘puffing’, where the rescuer fills his or her mouth with air and ‘puffs’ it into the infant’s mouth. There will be adequate pressure and volume to satisfy the lung’s requirements, but not enough to impact on the stomach.

IMPORTANT: Never overinflate a casualty’s lungs. Each breath should take around 1 second and stop the moment you see the chest rise. Overinflation can cause air to enter the stomach and cause aspiration of stomach contents.

Want to test your knowledge of CPR? Why not have a go at one of our FREE CPR practice tests! Also, our friends over at firstaidforfree.com have a free online first aid course which you can take from the comfort of you own home 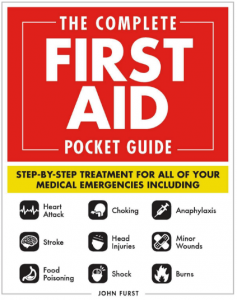